One of the most common of plants in the UK the Stinging Nettle is hard to confuse with anything else. Often seen as a weed pest in the garden we are taught to recognise (and avoid) them from a young age due to their vicious sting. However, we should also be taught about how good they are to eat. High in Vitamin C, Iron and even antihistamines (which can alleviate hay fever) Stinging Nettles are a highly underrated superfood.

Nettles are best collected in spring (about March) when the new shoots are tender and haven’t yet gone woody. After March it’s best just to harvest the Nettle tops. The best way to do so is with a pair of kitchen marigold gloves and a pair of scissors.

The uses for nettles in cooking are numerous, from nettle and onion bhajis to steamed nettles used like spinach, with a simple knob of butter and a sprinkle of salt and pepper. Once cooked thoroughly the sting goes away. Nettle Tea is great for a vitamin boost due to its high levels of vitamins A and C as well as iron. It’s also a wonderful ingredient to add flavour in beers and wines.

Drying nettles in a dehydrator is a good way to add extra flavour and nutrition to dishes without worrying about the sting.

We have been experimenting with dried nettles and have found they make a good dried herb.

Find out more about dehydrating in our Drying Herbs in a Dehydrator post.

Grown purposefully or left to do their own thing in the garden, Nettles make a rather potent green manure. Either let a patch grow out of sight or even try and propagate by uprooting and planting in pots. Just chop back the nettle patch occasionally and add them to a bucket filled with enough water to cover, add a lid and leave in the sun to make a nitrogen-rich organic liquid fertiliser. 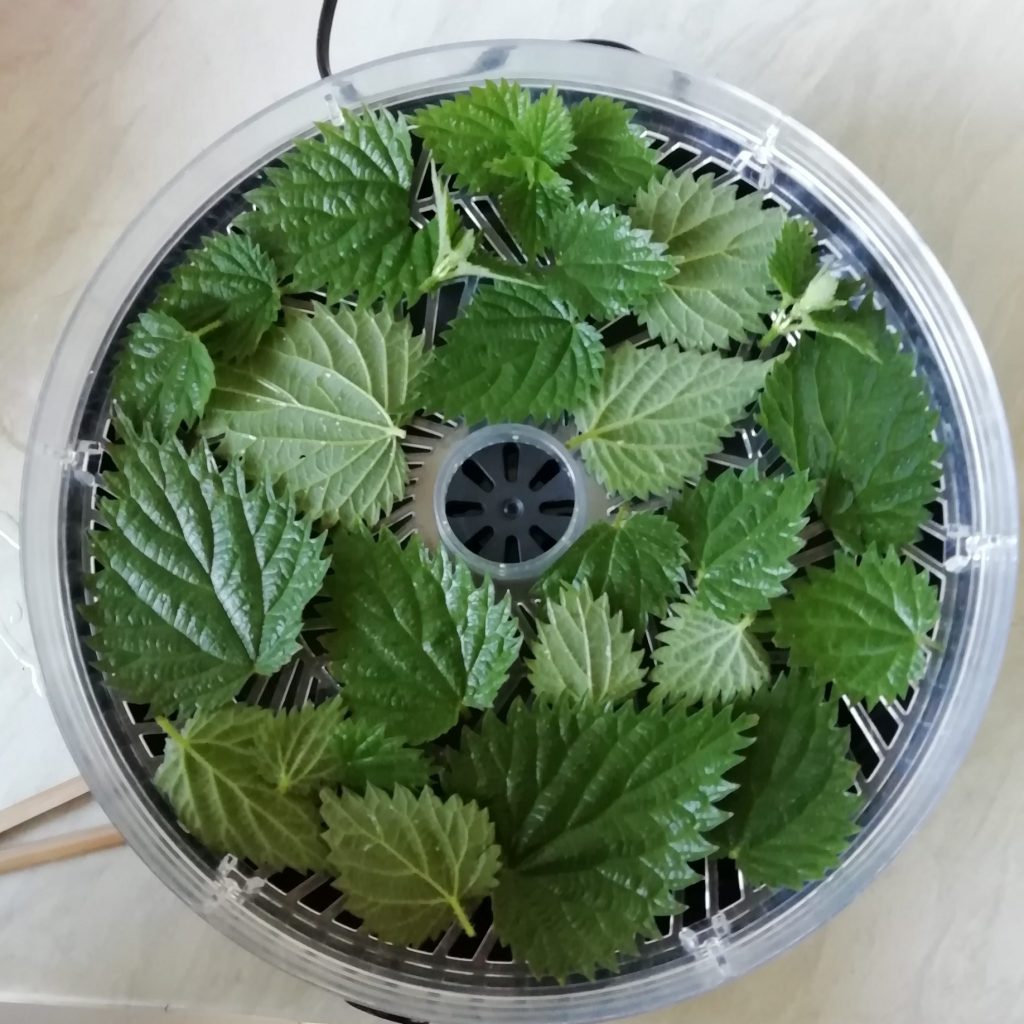 Nettles are also good for attracting wildlife to your garden as many species of insect use nettles as a food source or habitat.